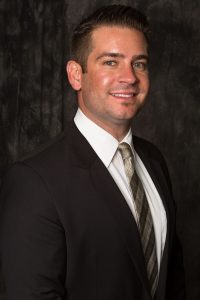 Dr. Brian is graduate of Cleveland Chiropractic college of Los Angeles. During his time at Cleveland, he began the campus chapter of the NUCCA club and would later become integral in getting NUCCA implemented into the curriculum. He also served as the FCER (Foundation for Chiropractic Education and Research) representative as well as SACA advisor.

During his internship in the clinic, he was chosen to treat patients at the USC medical center where he was a treating intern in an ongoing study on hip osteoarthritis. Dr. Brian would continue on to receive the Carl Cleveland Clinic Excellence award for his extraordinary patient care while at the Cleveland Clinic.

Dr. Brian was first exposed to NUCCA when he was injured in a high school football game which resulted in extreme torticollis, intense neck pain, and ultimately left both of his arms partially paralyzed. After receiving his first adjustment from his uncle (Dr. Glenn Cripe), he immediately began regaining sensation in his extremities. After a few days, he experienced a full recovery and returned to a fully active lifestyle thanks to the NUCCA work. Years later, he would honor his desire to administer the same excellent care to others. Currently Dr. Brian is part 2 certified in the NUCCA organization and is actively and passionately pursuing his part 3 (and final) certification accolade which has only been achieved by less than 25 doctors in the world.

Dr. Brian’s other passions include; surfing, snowboarding, woodworking, and is a passionate musician who loves song writing and music production.