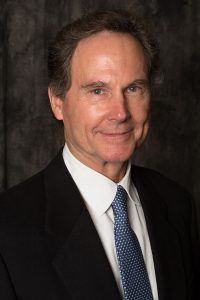 Glenn graduated from U.C. Irvine in 1974 with his degree in Social Science. While attending UCI, he was a four year all-American in Tennis.

After injuring his low back and neck in the waves of Hawaii, he went to many different health care doctors ranging from orthopedists, chiropractors (traditional) as well as physical therapists to name a few. It was only when he received his first NUCCA adjustment in 1974 from Dr. Alvin Dettloff , he got tremendous relief within hours. At his suggestion, Glenn enrolled in chiropractic school in Pasadena. After graduation, he drove back to Chicago and interned with one of the founders of the work, Dr. Marshall Dickholtz, Sr.

He opened his office in April of 1978 with his mother, Marian, as the front office manager. Advancing quickly in the work, he was one of the first to become fully certified in the NUCCA work. Along with Dr. Al Berti of Vancouver, CA., he was awarded full certification in 1985.

Since that time, Glenn has shown his dedication to the work by serving as a member of NUCCA’s board of directors as well as chairman of numerous committees. Glenn now serves as one of the instructors at the national NUCCA conferences teaching a myriad of different classes including advanced biomechanics. He has also been the lead instructor at both Palmer Chiropractic College as well as Cleveland College of Chiropractic in Los Angeles.

He has been in Private practice in Newport Beach for the last 30 years.